Originally named Springtown, for the natural springs that flow out of the hills the town is built upon, the current name is believed to be a corruption. Once home to a bank, theater and pub, the town has declined over the years, both economically and in population. In the past five years, small population growth and the addition of a new cafe have brought new life to the town. Annually in September, the Good Ole Days Festival celebrates the town's past with parade, cookout, and concert.

On August 5, 1932, while Bonnie Parker was visiting her mother, Clyde Barrow and two associates were drinking alcohol at a dance in Stringtown (illegal under Prohibition). When they were approached by Sheriff C. G. Maxwell and his deputy, Clyde opened fire, killing deputy Eugene C. Moore. That was the first killing of a lawman by what was later known as the Barrow Gang, a total which would eventually amount to nine slain officers.

In the 1940's during World War II, Fritz Johann Hansgirg, the Austrian inventor of magnesium and heavy water processes was interned at the U.S. alien internment camp located in Stringtown.

In the late 1960s, a tornado touched down in the town directly on top of the (then) recently built Community Center, now the Senior Citizens Center. The tornado was only on the ground for a few seconds, but during that time the building was almost completely destroyed. It was an unusual occurrence for a tornado to touch down in the town itself, given its being situated between two chains of steep hills.

The nearby Mack Alford State Penitentiary is a large source of employment in the county. It was an internment camp for Japanese Americans arrested as "enemy aliens" and later for German POWs during World War II.[6][7]

On Jan. 14, 2014, the Oklahoma Highway Patrol disbanded the Stringtown Police Department for generating too much of the city’s revenue off of writing traffic tickets, a violation of the state "speed trap" law.

Rent vs. Buy Calculator by MortgageLoan.com 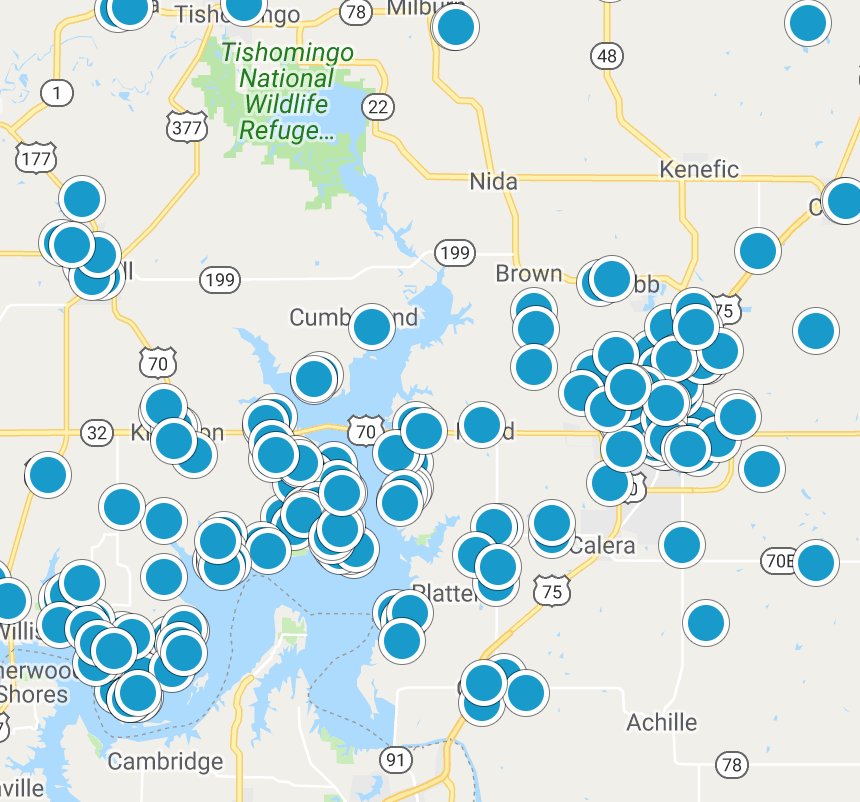